Description
Robert E. Williams (d. 1937), an African-American Photographer, operated a photography studio, R. Williams and Son, in Augusta, Georgia, from 1888 until around 1908. The digitized collection consists of images of 84 glass plate negatives and positive prints of African-Americans in the Augusta, Richmond County, Georgia area. The photographs depict dwellings and domestic chores, rituals of baptism, harvesting and transporting cotton, vehicles and transportation, and children and family life.
Title from title screen.
Document digitized by the Digital Library of Georgia in 2000, as part of GALILEO. 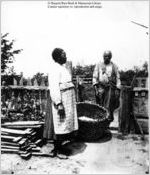 1. [Photograph of woman and man by field in southern U.S. in late 19th century] 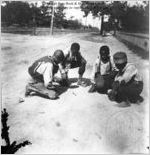 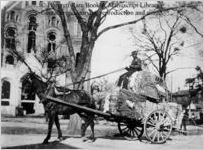 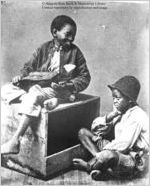 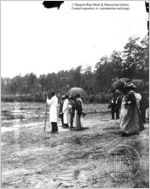 5. [Photograph of a group of African Americans holding umbrellas along side a body of water in or near Richmond County, Georgia, late 19th century] 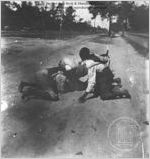 6. [Photograph of four Richmond County, Ga., children (boys) playing in the middle of a dirt road] 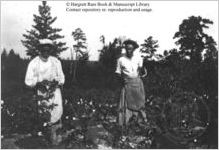 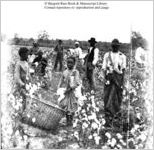 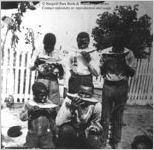 9. [Photograph of an African American man (with pet raccoon?) and four boys eating watermelon in a yard in or near Richmond County, Ga., in late 19th century] 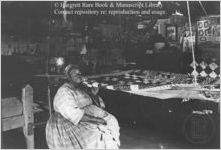 10. [Photograph of an African American woman seated indoors beside a large quilt, in or near Richmond County, Ga., in late 19th century]