Black-and-white photographs taken between 1906 and 1928 of people and events in Atlanta taken by Atlanta Constitution photographer Francis E. Price.

Description
The collection includes photographs of people, places, and events taken by Atlanta Constitution photographer Francis E. Price. Most of the images were probably produced for news stories in the paper. Included are photographs of President Theodore Roosevelt, Democratic party leader William Jennings Bryan, Georgia Governor Frank L. Stanton, Atlanta Constitution owner and publisher Clark Howell, Sr., and journalist Henry Grady. Documented events are the Atlanta Fire of 1917, the McKenzie Building Fire, the Round the State Tour, and the Savannah Races. The collection also portrays images of common events such as baseball games, a cattle auction, trains, and building construction. Also included are street scenes and cityscapes in Atlanta, Georgia and Montgomery, Alabama. Atlanta buildings pictured include the Atlanta U.S. Post Office, Wesley Memorial Church, and East Lake Country Club. The collection also includes personal photos of Price's family and friends., Francis E. Price (1886-1928) was the first staff photographer at the Atlanta Constitution. Hired in 1909, he was widely known for his aerial photography. Price was married to Sallie Mosely Cotten of Montgomery, Alabama. He continued to do commercial photography as well as journalistic until his death in 1928 by gunshot. 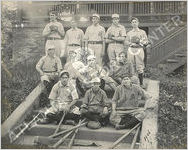 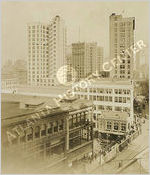 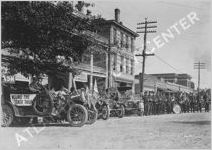 3. Round the State Tour 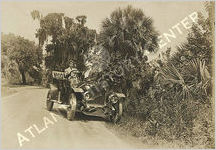 4. Round the State Tour 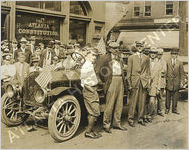 5. Round the State Tour 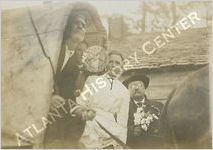 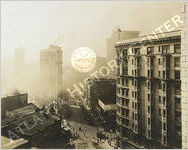 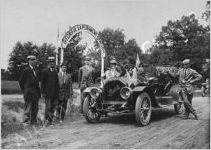 8. Round the State Tour 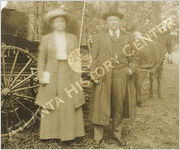 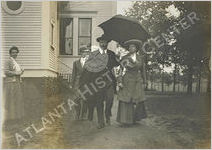