Description
This collection consists of photographs of New York Governor Franklin Delano Roosevelt during a campaign visit to Atlanta and Warm Springs, Georgia in October 23rd and 24th, 1932. Alvin Belle Isle was Roosevelt's chauffeur in Atlanta and is pictured in several photographs. Other notable individuals pictured in these images are Eleanor Roosevelt, and her son and daughter, James and Anna; Georgia Governor Richard Russell, and gubernatorial candidate Eugene Talmadge; Georgia Senators John Cohen and Walter George; Atlanta Mayor James Key, and also Atlanta attorney Hugh Howell, Sr. Some of the locations shown are Atlanta's Union Station, Municipal Auditorium, Girl's High School, and the Little White House in Warm Springs., The Belle Isle Family of Atlanta, Georgia consisted of Alvin Looney Belle Isle (1884-1950) and Agnes Nelson, who married on February 5, 1905. Alvin Belle Isle moved to Atlanta from Brooks, Georgia in 1909. He was an executive in the transportation business most of his adult life. He established and operated numerous companies, including the Black and White Cab Company, Belle Isle Car and Truck Rental Service, Belle Isle Motors, Belle Isle Tire and Accessories, and the Lincoln Cab Company. He was also chairman of the board of Yellow Cab Company in Atlanta and president of the Atlanta Baggage and Cab Company. He and his wife Agnes had five children: Evelyn, Margaret, Katherine, Alvin, Jr., and James. 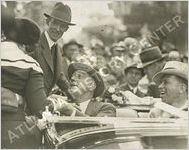 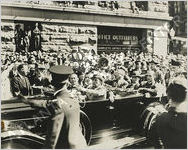 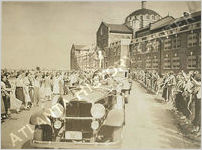 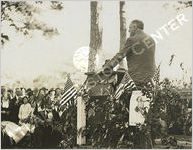 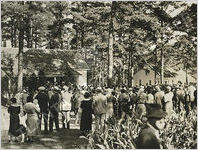 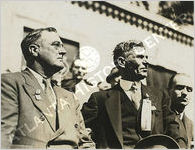 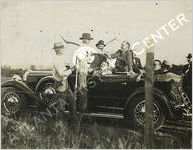 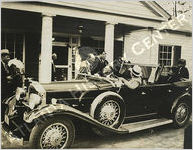 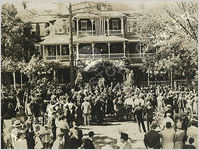 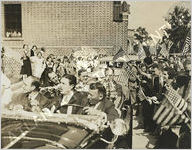