Color photographs of buildings, street scenes, and landmarks in Atlanta, Georgia taken between 1969 and 1974.

Description
This collection is comprised of photographs of buildings, street scenes, and landmarks in Atlanta, Georgia. Also included is a set of images of houses, churches, and public buildings in the Druid Hills neighborhood, and another group of photographs of the Edward Peters home on 179 Ponce de Leon Avenue. Among the images of buildings are Atlanta City Hall, Atlanta Stadium, Georgia State Capitol building, Georgia State Penitentiary, Georgia Tech, Peachtree Center, and Yaarab Shriner's Temple. Images of street scenes include those taken on Auburn Avenue, Edgewood Avenue, Pryor Street, and Peachtree Street. Some of the images of Atlanta landmarks in the collection are the Governor's Mansion, Oakland Cemetery, Stone Mountain, and Underground Atlanta. Photographs of Atlanta's Druid Hills neighborhood include both color transparencies and black and white prints. Among the images are the homes of Forrest Adair and Clyde King, Druid Hills Community Center, Druid Hills Methodist Church, Lions Gate Condominiums, and St. Johns' Lutheran Church. The photographs of the home built for Edward Peters include both interior and exterior images, and are also in black and white and color formats. The home is the earliest surviving example of Atlanta's post-Civil War era, and the photographs of it were taken in 1971, shortly after the death of Peters' granddaughter, Lucille who was the last occupant. 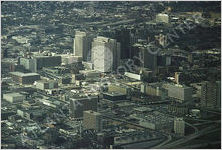 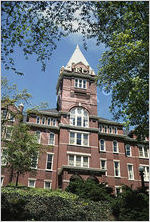 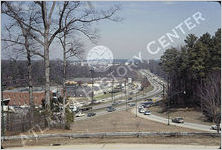 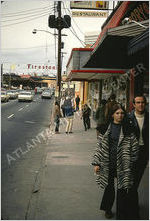 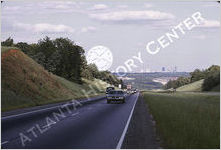 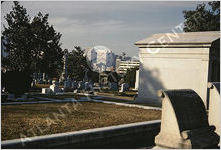 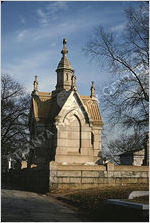 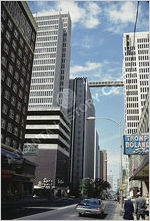 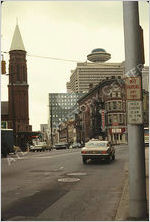 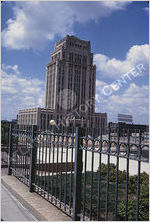