The collection consists of a diary (and typescript copy) of Francina Elizabeth Cox Greer from July 24, 1866 - October 24, 1868. She discusses living as a single woman, social life, and economic hardships.

Description
The collection consists of a diary (and typescript copy) of Francina Elizabeth Cox Greer from July 24, 1866 - October 24, 1868. She discusses living as a single woman, social life, and economic hardships., Born December 31, 1810, to Richard and Elizabeth Meade Cox, Francina Elizabeth Cox grew up five miles east of Athens in recently formed Clarke County. In 1826, Francina Elizabeth Cox and John Cox Greer were married. Soon after, Elizabeth, as she preferred to be called, added a small inheritance when her father died. Located about five miles east of Athens on the road leading to Lexington, John Greer's plantation encompassed 300 acres along Shoal Creek. The Greers called their home Chalky Level because the drive around it was laden with limestone. The original structure was built around 1817, and had served as an inn for the stagecoach between Athens and Augusta. Elizabeth Greer became pregnant within a year of her marriage and over the next 19 years had 15 children, only three of whom survived to adulthood. Elizabeth Greer possessed enormous energy and a strong will to survive in spite of great personal losses. She was a very slight and fragile woman who, before the war, was often confined to bed and weighed only 77 pounds. Athens Banner Herald - Plantation life in Clarke County: the world of Francina Elizabeth Greer / Mary Levin Koch, June 17, 2001. 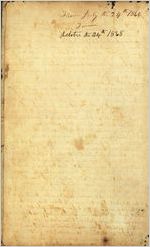