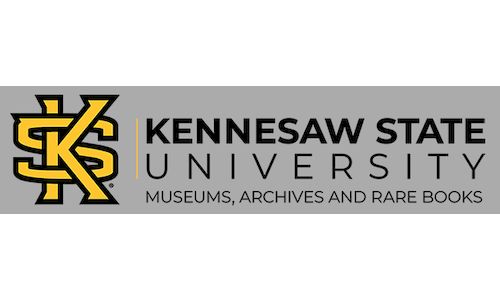 Southern Voice newspaper was a significant resource for the LGBT community in the Southeast from 1988 to 2010, providing in-depth information on topics such as the fight against AIDS, marriage equality, legal issues, workplace discrimination, and violence against gay individuals.

Description
Southern Voice newspaper, also known as SOVO, was an alternative news source for lesbians and gay men in the greater Atlanta area and Southeast for over 20 years. The paper was founded in 1988 by Christina Cash and Leigh VanderEls with a bi-weekly circulation of 5,000 copies. The founders identified a need for a communication resource in the wake of the AIDS crisis and the 1987 National March on Washington that provided information on issues affecting LGBT individuals. Southern Voice provided coverage of local and national events, editorials, and guides to local arts and entertainment. Circulation grew to 15,000 within two years, reaching a maximum readership of 100,000 during the 2000s. 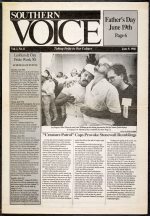 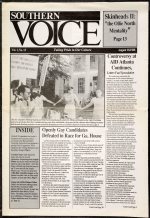 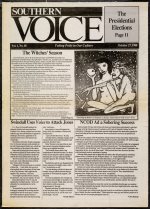 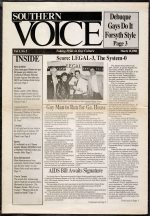 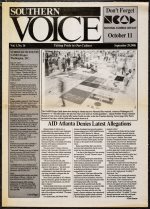 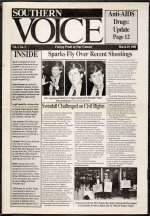 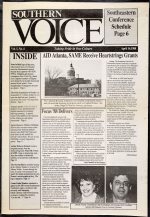 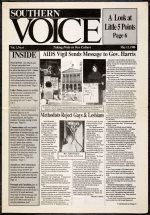 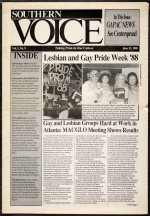 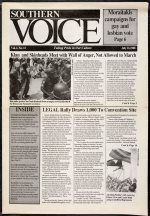