Description
The majority of this collection consists of members of the Atlanta Crackers baseball team. Most of the images were taken at Ponce de Leon Park in Atlanta, Georgia, and most are identified. Included are images of Buddy Bates, Charles Bicknell, Robert Boring, James Callaway, Ray Cattano, Paul Cave, Charles Cottier, Jack Daniels, John DeMerit, Frank DiPrima, Richard Grabowski, Robert Heartsfield, Robert Hartman, Ev Joyner, Charles King, Clyde King, Mike Krsnich, Ted Laguna, Ed McHugh, Ken McKenzie, Sam Meeks, Robert Montag, Hank Morgan, Jo Morgan, Earl Mosser, Don Nottebart, Gerald Nelson, Richard Phillips, William Reynolds, Clarence Riddle, Sam Taylor, John Turco, Bill Valentine, Bill Wilhelm. The collection also includes images of Ponce de Leon Park and images of Luther Williams Park in Macon, Georgia., The Atlanta Crackers were a minor league baseball team that played in the Southern Association from 1901 to 1961. During that period they won 17 league pennants and were often referred to as the "Yankees of the Minors" due to their record as the team that won the most games in the association. In 1962 the Southern Association disbanded and so from 1962 to 1965 the Atlanta Crackers played in the International League. The Atlanta Crackers played their home games at Spiller Field, later known as Ponce de Leon Park. The ball park was built in 1907, but was destroyed by fire in 1923. It was rebuilt with financing from wealthy concessionaire Rell Jackson Spiller in 1924, and was referred to as Spiller Park or Spiller Field until 1932 when it became Ponce de Leon Park. 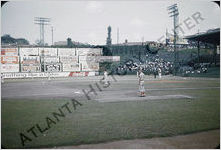 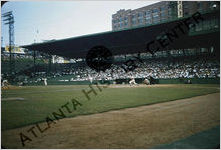 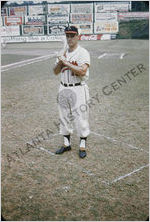 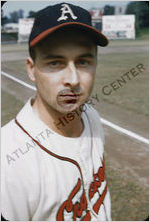 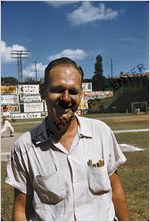 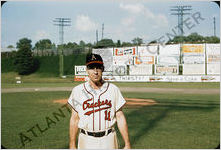 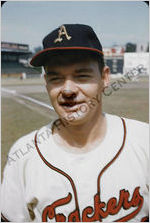 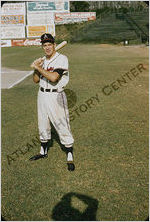 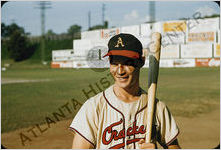 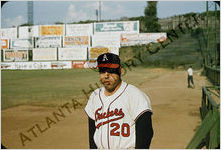