Aerial and street views of the Buckhead, downtown, and Midtown areas of Atlanta, Georgi; photographs of Georgia natural and historic sites; and images of Atlanta sporting and civic events dating from 1972 to 1998.

Description
Cotten Alston (1945-) is a professional photographer and real estate broker in Atlanta, Georgia. He was born in Atlanta, Georgia to parents Robert C. Alston II (1917-1979) and Tudor Alston (1919-1988). He had one sibling, Daphne Alston Marane (1947-2015). Alston is married to Valerie Alston and has two daughters, May Alston Carr (1985-) and Honour Alston Thorton (1988-). He graduated from Episcopal High School in Alexandria, Virginia, and from Davidson College in Davidson, North Carolina, in 1967 with a Bachelors of Arts degree in French. Alston served in the United States Navy as a lieutenant junior grade from 1967-1969. Cotten Alston became a real estate agent in 1972. In 1976, he started his own commercial photography business, Cotten Alston Photography. He produced images for the architectural, real estate, and food industries. In 1998, he dissolved his photography business for a full time career as an associate broker for Harry Norman Realtors, in Atlanta.

This collection contains aerial and street views of the Buckhead, downtown, and Midtown areas of Atlanta, Georgia. Included are images of Buckhead restaurants such as OK Cafe and Buckhead Diner. Also featured are the Atlanta History Center's Swan House, Lenox Square Mall, Atlanta-Fulton Public Library System, Underground Atlanta, the Georgia Dome, The Fox Theatre, High Museum of Art, The Varsity, Piedmont Park, and Clark College (later named Clark Atlanta University). Other images include natural and historic sites around Georgia, such as the Okefenokee Swamp, Etowah Burial Grounds, and Cumberland Island. The collection also features images of events and activities in and around Atlanta, including a parade celebrating Atlanta's successful Olympic bid in 1990; the Peachtree Road Race in 1992; and a parade in honor of the Atlanta Braves after winning the World Series in 1995. In addition, there are images of Atlanta organizations such as Cable News Network (CNN). These photographs feature images of news anchors, owner Ted Turner, and sports broadcasters Nick Charles and Fred Hickman. Also included are images of the Atlanta Hawks, the Atlanta Braves, and the Atlanta Police Department.

To view the rest of the images, please visit the Kenan Research Center located at 130 West Paces Ferry Road, Atlanta, Georgia 30305. Our hours of operation are 10:00 AM – 5:00 PM, Wednesday – Saturday. You may contact us by calling 404.814.4040 or emailing reference@atlantahisorycenter.com.

Digitization of this collection is made possible through the support of the Roy and Janet Dorsey Foundation. 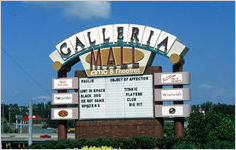