Photographs (primarily black-and-white) taken by Atlanta photojournalist Marion Johnson between 1932 and 1976 that cover politics, the city of Atlanta, sports, and Georgia cities and scenes.

Description
The Marion Johnson photograph collection, divided into four series, consists of black-and-white and color negatives. Series 1 Politics, contains images of local, state, and federal politicians in Atlanta and Georgia. The bulk of the material in this series concerns the political careers of Governors Eugene and Herman Talmadge, with the "Three Governor Controversy" of 1946 featured. Series 2 Atlanta, consists of various buildings, points of interest, and aerial views of the downtown Atlanta area. Series 3 Sports, pertains to Atlanta and Georgia sporting teams. The bulk of the material relates to the Atlanta Braves major league baseball team, with the Atlanta Falcons, and University of Georgia football also highlighted. Series 4 Georgia cities and scenes, consists of cities and scenes of Georgia, that do not pertain to Atlanta. The North Georgia mountains, rural lifestyles, along with forest and coastal scenes, are all featured., Born in Geneva, Georgia, in 1917, Marion Johnson moved to Atlanta in 1936. He worked as an office boy for the Atlanta Constitution. He was encouraged by Kenneth Rogers, the head of the photography department, to study photography. In his spare time Johnson mixed chemicals and learned the fundamentals of the medium. He was hired by UPI as a wire photo transmitter, and worked with them from 1938-1941 in their Atlanta and Dallas offices. Johnson returned to the Atlanta Constitution staff and served in WW II as a Marine photographer. About one year after the Atlanta Constitution and the Atlanta Journal merged, Johnson was appointed head of the photography department, a position he held from 1951 - 1980. Marion Johnson died May 1998. 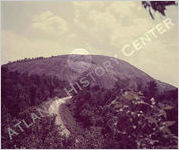 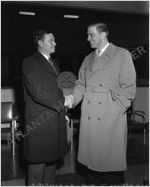 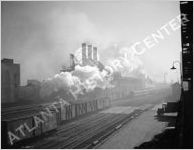 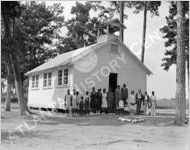 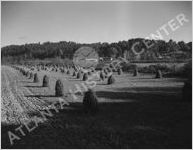 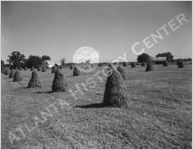 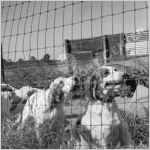 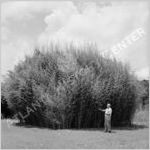 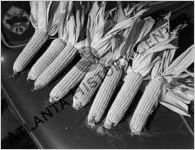 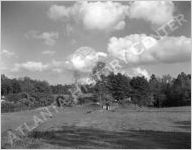