Speeches, files, and correspondence of Atlanta Mayor Sam Massell, dating from 1950 to 1974.

Description
This collection contains a wide variety of material on the life and career of Sam Massell, Jr. It offers an excellent look at the careers of Sam Massell both as a political figure and as a businessman. There is also information relating to the many civic, political, and business organizations in which Sam Massell was involved. There are thirteen different series with topics such as Civil Rights, speeches, political information, trips, news releases, etc., Sam Massell was born in Atlanta, Georgia on August 26, 1927. He has lived in Atlanta continuously except for his tour of duty in the Army Air Forces in World War II. Prior to serving in public office, Sam Massell was the Vice President of Allan-Grayson Realty Company where he built a successful career as a realtor, working in commercial property development over a period of eighteen years. During that time he was extremely active in numerous civic groups and served as an officer or on the board of over forty-five different organizations. In 1961, Sam Massell was elected in a city-wide race to teh office of Vice Mayor and President of the Board of Aldermen, to which he was re-elected four years later. During this time, his interestes were in the area of human relations and environmental reforms, resulting in the creation of Atlanta's Community Relations Commission and assistance in development of Atlanta's Civic Design Commission. In October 1969, Sam Massell was elected Mayor of Atlanta, receiving one of the largest votes recorded for office. He served one term as Mayor before returning to private life. After leaving office, Sam Massell returned to the real estate business. 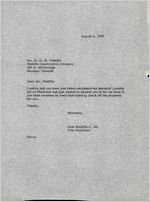 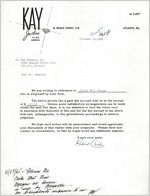 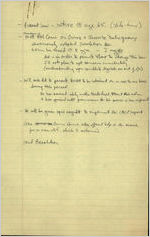 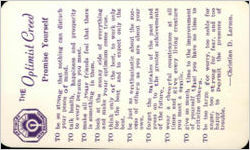 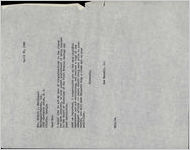 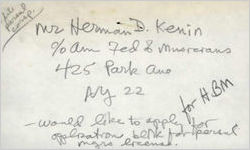 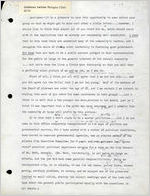 7. Address before the Hungry Club 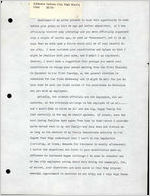 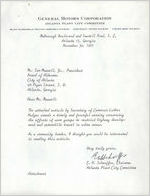