Description
The Floyd Jillson photograph collection is comprised of images Jillson took as staff photographer for the Atlanta Constitution-Journal Magazine, primarily during the 1960's and 1970's. The collection documents people, places, and events in the Atlanta Metropolitan area and the State of Georgia in rich color and detail. Their quantity, variety, and quality offer an important source of visual information during a dynamic period in the region's history. Comprised almost entirely of color transparencies and negatives, the collection includes images of the expanding Atlanta skyline and other well known structures in the city, such as the Governor's Mansion, and the Georgia State Capitol. Photographs of cities and towns from around the state such as Savannah and Helen, Ga. are also featured. Other material in the collection chronicles major events in the professional and amateur world of sports, such as the Atlanta Golf Classic (now the BellSouth Classic), the Atlanta Braves baseball games and the Georgia Tech and University of Georgia football games. Also included are photographs recording the funeral procession of Martin Luther King, Jr., and the activities and events surrounding the lives of the people of Atlanta. The remainder of the collection focuses on individuals, the most prominent of whom include Andrew Young, Jr., and the political campaigns of Jimmy Carter, Barry Goldwater, and San Nunn., Floyd E. Jillson (1926 - ) began work at the Atlanta Journal-Constitution in 1950. He worked in the News Department until 1955 when he accepted an assignment working under Chief Photographer Kenneth Rogers at the Atlanta Journal-Constitution Magazine. As Staff Photographer for the Sunday magazine, Jillson photographed people, places, and events that were featured in stories. Jillson retired from the magazine in 1992. 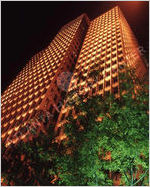 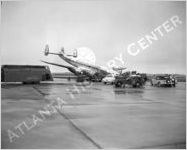 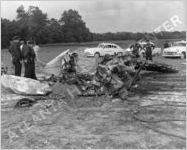 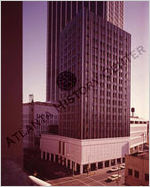 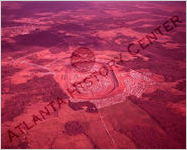 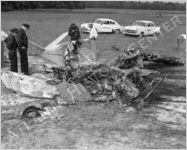