Black-and-white photographs taken between 1885 and 1969 of various neighborhoods in Atlanta, Georgia as well as portraits of members of the Weaver and Drake families and some of their extended families.

Description
This collection contains snapshots of various neighborhoods in Atlanta, Georgia as well as portraits of members of the Weaver and Drake families and some of their extended families. Most of the snapshots of Atlanta were taken in the 1960s, but the family portraits are from an earlier period, and were evidently purchased by Mr. Ingram. The neighborhoods included in this collection are Ansley Park, Buttermilk Bottom, Grant Park, Inman Park, Lower Midtown, Pittsburgh, and West End. The photographs include images of private residences, street scenes, and views of the Atlanta skyline, parks, churches, and storefronts. The collection contains images of some of the oldest houses in Atlanta, including the home of Edward Peters, the Otis Thrash Hammonds House, and houses in Inman Park built for Bishop Warren Candler and businessman Ernest Woodruff. Other areas of the city include Peachtree Center, Five Points, and Central Congregational Church in Midtown. One of the highlights of the collection is a set of images from Pittsburgh, an African American neighborhood south of downtown that include photographs of private residences, store fronts, an industrial plant, and unidentified youths posing for pictures. 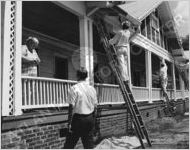 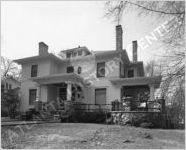 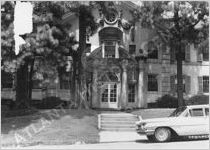 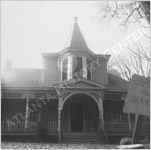 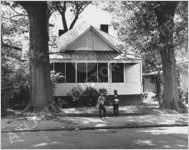 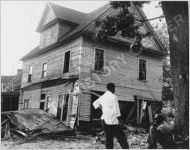 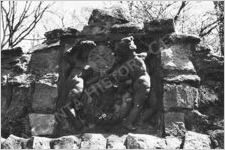 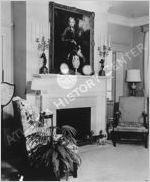 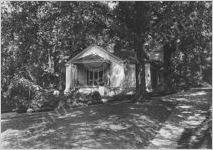