Atlanta Chamber of Commerce publication published from 1916 to 1961 which highlighted the accomplishments of businesses, cultural and civic organizations, and local government and promoted the city of Atlanta as a hub of commerce.

Description
The City Builder was a periodical published by the Atlanta Chamber of Commerce beginning in March of 1916. As a cost-cutting measure, the Chamber ceased publication from 1936 through 1948, but then published an abbreviated version from 1949 to 1961. Whereas earlier issues contained upwards of seventy pages, later issues consisted of less than ten. Atlanta Magazine replaced it as the Chamber's official publication in May of 1961.
The City Builder was created by the Chamber to highlight the accomplishments of businesses, cultural and civic organizations, and local government and to promote the city of Atlanta as a hub of commerce. It was the prime outlet through which Atlanta's business leaders promoted the ethos they called "the Atlanta Spirit." The issues featured commentary on local politics and civic affairs, including compulsory education, reducing poverty, the public school system and the value of civic organizations such as the Red Cross, YMCA, the Boy Scouts, and the Salvation Army.

Most of the content was reserved for the accomplishments of the Chamber and the growth of Atlanta. Articles were written about Atlanta as a convention city; the relocation of businesses to Atlanta; infrastructure improvements; Georgia agriculture; and the city's colleges and universities. There was a sustained focus on the annual Southeastern Fair, which operated under the auspices of the Chamber. Additional stories reflected topics such as the mobilization for World War I; Prohibition; the growth of the automobile industry, automobile travel and aviation in Atlanta; the Great Fire of 1917 and the economic collapse resulting in the Great Depression. The publication also featured editorials of businessmen giving their vision for Atlanta in the business world, the virtues of local trade organizations and national labor unrest.

The Kenan Research Center's collection of The City Builder contains over 10,000 pages of text and photographs contained in 346 issues.

The digitization and publication of this collection is made possible with support from the Metro Atlanta Chamber which retains all publishing rights. 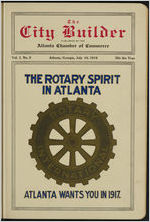 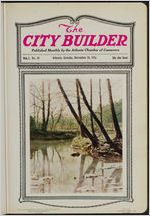 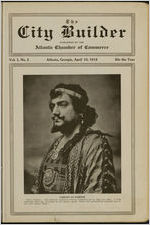 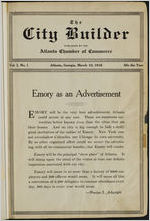 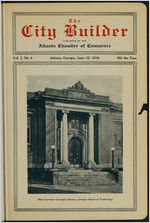 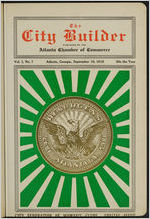 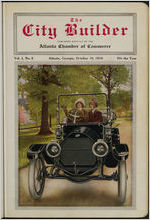 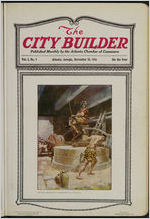 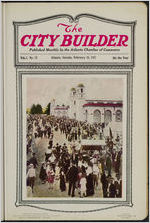