Newsletters dating from 1982 to 1987 which document the activities and interests of members of the Unitarian Universalist Lesbian and Gay Community (UULGC) in Atlanta, Georgia.

Description
The newsletters in this collection document the activities and interests of members of the Unitarian Universalist Lesbian and Gay Community (UULGC). The newsletters feature calendars of events; reviews of books, plays, and movies with themes related to gay and lesbian culture; member profiles; detailed transcriptions of sermons; and speeches and discussion panels featured at events sponsored by UULGC. Many of the sponsored programs focused on issues such as employment discrimination, anti-gay violence, public health, and the AIDS pandemic. Guest speakers included officials from the Centers for Disease Control, American Civil Liberties Union, and local elected officials such as Atlanta City Council member John Lewis. Profiles of church members include those of Randall Glover, Ed Nix, David Dupree, Mark Hendrix, Russ Shannon, and Michael Greer., The Unitarian Universalist Lesbian and Gay Community (UULGC) was a social group of the Unitarian Universalist Congregation of Atlanta (UUCA), one of the largest Unitarian congregations in the United States. The group was established in 1979 by UUCA member Lyle Jordan. Among its earliest members were Ed Nix, Peter Bryg, John Cooper, and Donald Young. UULGC formed to develop a sense of community among gays and lesbians. One of UULGC's primary concern was social activism on issues relevant to Atlanta's gay and lesbian community. The organization usually met twice a month and often featured programs with guest speakers on pertinent topics. In 1982, the organization began publishing a newsletter. John Cooper served as editor until 1985 and was succeeded by Peter Bryg. It has not been determined when the newsletter ceased publication. UULGC disbanded in 1992. 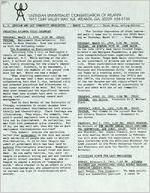 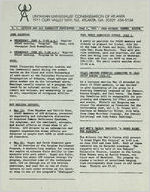 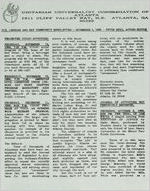 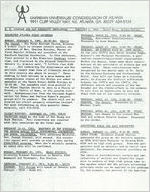