Description
The majority of the Thomas Maguire papers revolves around plantation records from 1834 to 1876. There are two ledgers Maguire kept from 1834-1838, and 1838-1839 with chronological lists of purchases of various quantities of supplies. An account book from 1883 to 1884 contains similar information. A third account book belonged to John E. and James H.C. and recorded shipments of goods in relation to their mill from 1879-1890. Another account book from 1850 is almost completely in short hand. In the back of the 1850 account book there are several loose papers describing the oath and history of the Heroines of Jericho, who were the wives and widows of Masonic memebers. The collection includes one volume of Thomas Maguire's farm diary from 1859-1866. This is the only complete volume included, but there are photocopies of pages from 1866-1896. Also included is a copy of John M. Harrison's 1949 transcript, The Promised Land: being a Glimpse of Ante-Bellum Georgia taken from the "Farm Journal" of Thomas Maguire. In this extract Harrison chose journal entries written between 1859 and 1876 and simplified their content to offer a glimpse of glimpse Antebellum Georgia. The introduction to the transcript has a short biography of Thomas Maguire and includes an overview of the diary. The diary follows the daily happenings on the plantation, including weather, farming schedule, family comings and goings, and the development of the Civil War. In his diary, Thomas Maguire describes daily farm life; the buying and selling of goods such as cotton, the spread of smallpox and efforts to provide vaccinations. Maguire often makes references to the anxiety and excitement leading up to the Civil War. Dozens of entries mention preparations of Georgia units, sightings of Union prisoners-of-war, and Sherman's march through Georgia. On July 21, 1864 Thomas Maguire wrote that the Yankees robbed his house and ravaged the town of Rockbridge. In an attempt to prevent further harm to his property, he attempted to hide food and supplies, but Union soldiers continued to steal them. On November 16th he hid in the woods while Union soldiers attacked the plantation and shot his livestock. During these years, Maguire writes that many local slaves attempted to escape and join the Yankee army, although farmers thwarted their efforts. Although Thomas lost property and many farm hands, the plantation continued to function in the post- war years, although with less prosperity. The 1866 will of Thomas Maguire is also inside in the Farm Diary. The collection also includes some correspondence, mostly written between the Maguire family. Some letters deal with Thomas Maguire's involvement with the Temperance movement. Additional loose papers include business records, a list of ladies who knitted socks for confederate soldiers in 1863, a list of property stolen by the Yankees from the Maguire plantation, and a pamphlet commemorating Thomas and John E. as Masonic Masters. The collection also has an autograph album belonging to a person identified as "Dodie" with signatures from 1893-1902., Thomas Maguire (1801-1886) was born in Ireland and immigrated to America in 1818. By 1820 he owned land in Gwinnett County. A wealthy land owner, Thomas became a prominent member of the town of Lithonia. By 1860 he had 959 acres of land, and as many as 26 slaves. In April 1830 he married Jane Anderson (1812-1837) and had three children with her: Margaret Elizabeth (1831-1849), Mary Jane (1832-1913), and Thomas Jefferson (1834-1861). After his first wife died, he married her sister Elizabeth Anderson (1821-1881) and had eight children with her: John E. (1840-1898), Catherine Celia (died as infant), James Henry Clay (1844-1891), Sarah Edney (1847-1928), David Oscar (1850-1913), Amanda Emma (1854-1912), Cora Anne (1857-1886), and William Anderson (1860-1914). Thomas held several political positions including Captain of the Militia, Rockbridge district #571 in 1828; road commissioner for the Rockbridge District in 1836; state representative in 1838; second lietenant in Hamilton's Company; Postmaster of the Rockbridge Post Office from 1839 to 1865; and member of the Gwinnett County Board of Education in 1871. He was a staunch supporter of the Universalist and Baptists churches of Lithonia and in 1874 helped start the Rockbridge Universalist Church. Thomas also fought for Temperance and was a very active member of the local Masonic Lodge, where he held various positions throughout his life. Although Thomas was too old to join the Confederate army, three of his sons volunteered. Thomas Jefferson died in Arkansas in 1861. John E. was wounded in 1862 but survived, as did James H.C. Thomas and his family who witnessed several Union raids on the plantation during the Atlanta Campaign of the Civil War.

1 - 9 of 9
Number of results to display per page
View results as:
Gallery List Map Map 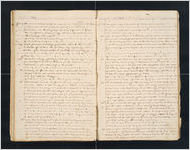 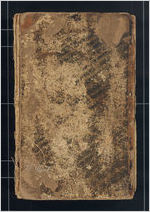 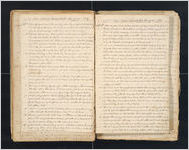 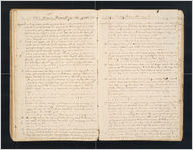 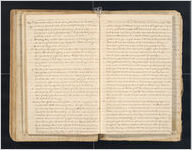 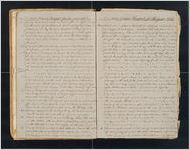 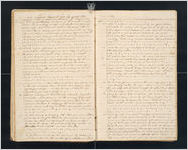 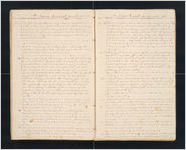 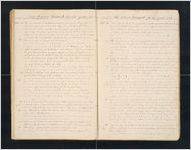