Description
The Georgia State Fair, Macon, 1886-1960 online collection consists of 151 black-and-white photographs, and four advertising fliers, from the Georgia State Fair records held by the Middle Georgia Archives at the Macon-Bibb County Public Libraries. These photographs document the evolution of the state fair in Macon from 1886 until 1960. A group portrait of the executive committee of the Georgia State Agricultural Society is the earliest piece in the collection. The majority of the photographs depict county agricultural exhibits whose function was to promote a variety of farm produce and homemade items. These displays include cotton, seeds, vegetables, preserved food, clothes, quilts, furniture, and more. Exhibits from the early 1940s are of interest due to the appearance of slogans supporting the World War II home front effort. One notable picture during this era shows a demonstration of a community canning project. Displays for agricultural associations and state government agencies, such as the Highway Department and the Fish and Game Commission, can also be seen in this collection. Other photographs capture fair culture beyond the exhibitions: 4-H clubs, farm machinery, livestock judging, amusement rides, the midway, side shows, food booths, and parades. Macon mayor B. F. Merritt appears in several photographs along with other notable Macon citizens. Former Georgia governor Marvin Griffin is also pictured., The Georgia State Fair, Macon, 1886-1960 is a project of the Digital Library of Georgia in association with the Middle Georgia Archives as part of Georgia HomePLACE. The project is supported with federal LSTA funds administered by the Institute of Museum and Library Services through the Georgia Public Library Service, a unit of the Board of Regents of the University System of Georgia. 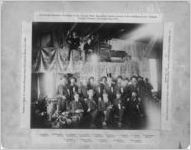 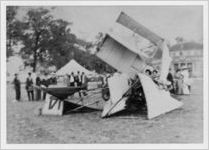 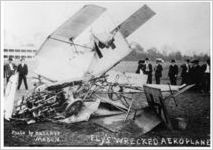 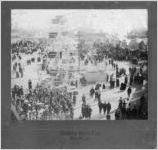 4. Photograph of the midway at the Georgia State Fair, Macon, Bibb County, Georgia, 1916 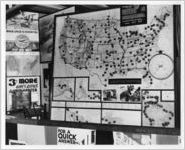 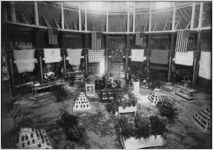 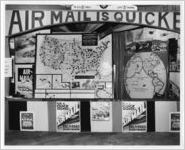 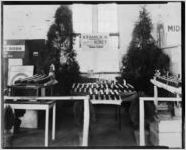 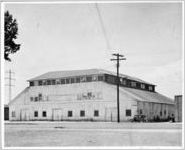 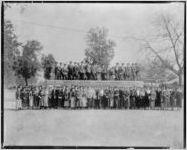