Beauty in Stone: The Industrial Films of the Georgia Marble Company

Description
The online collection consists of two short industrial films made by the Georgia Marble Company in the 1950s-1960s that document the company's history, operations, skilled laborers and craftspeople, and the widespread use of their marble, limestone and serpentine products. Georgia Marble Company's use of the industrial film medium served to promote its products by capturing in live action the skill and industry required to create "beauty in stone." The first film, New Face on Capitol Hill, depicts Georgia Marble Company's role in the reconstruction of the east façade of the U.S. Capitol building prior to John F. Kennedy's inauguration, and includes footage of president John F. Kennedy at his 1961 inauguration, the former vice president Richard M. Nixon, and Architect of the Capitol J. George Stewart. The second film, Producing America's Buried Treasures, focuses more closely on the company's overall history, its quarrying and finishing facilities in Georgia, Tennessee and Vermont, the breadth of applications for Georgia marble products and related limestone and serpentine industries in Alabama and Virginia. Unique to this film are its highlights of uses for processed marble in products that include roofing material, and turf marking for athletic fields. Both Producing America's Buried Treasure and the New Face on Capitol Hill feature the company's marble quarrying and finishing operations in Pickens County, Georgia; both include pictorial examples of marble-quarrying and marble-shaping machinery, of stone cutters working in the quarry, and of craftsmen sculpting the marble. Many beautiful high-quality products were produced by the Georgia Marble Company, and a number of well-known structures comprised of Georgia marble are interspersed throughout both films. Most notable are the statue Abraham Lincoln in the Lincoln Memorial, and the façade of the U.S. Capitol Building, the centerpiece of New Face on Capitol Hill., Beauty in Stone is a project of the Digital Library of Georgia in association with the Pickens County Library of the Sequoyah Regional Library System, the Marble Valley Historical Society, the Georgia Archives, and the Walter J. Brown Media Archives and Peabody Awards Collection as part of Georgia HomePLACE. This project is supported with federal LSTA funds administered by the Institute of Museum and Library Services through the Georgia Public Library Service, a unit of the Board of Regents of the University System of Georgia. 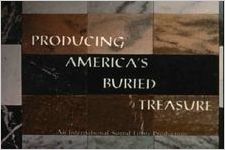