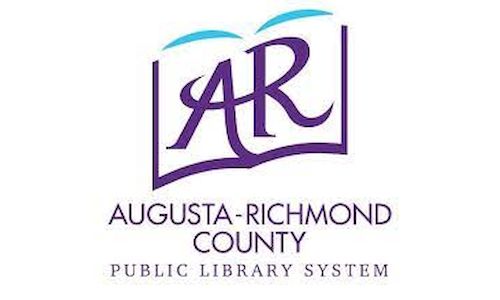 Over 3000 funeral programs of African Americans dating from 1933 to 2017 (with the bulk of the collection beginning in the 1960s), the majority of which are from services held in the Augusta, Georgia area

Description
The African American Funeral Programs from the Augusta-Richmond County Public Library System online collection consists of over one thousand funeral programs ranging from 1933 to 2017 (with the bulk of the collection beginning in the 1960s) from the Eula M. Ramsey Johnson Memorial Funeral Program Collection. A majority of the programs are from churches in Augusta, Georgia, and the surrounding area, with a few outliers in other states such as New York and Florida. The programs typically contain a photograph of the deceased, an obituary, a list of surviving relatives, and the order of service. The collection provides extensive genealogical information about the deceased, including birth and death dates, maiden names, names of relatives, past residences, and place of burial. Alongside this genealogical information, the obituaries provide a rich source of local history about African Americans. Many of the people included in this collection were prominent in their communities, and many were involved locally in the struggle for civil rights., The African American Funeral Programs from the Augusta-Richmond County Public Library System is a project of the Digital Library of Georgia in association with the Augusta-Richmond County Public Library System as part of Georgia HomePLACE. The project is supported with federal LSTA funds administered by the Institute of Museum and Library Services through the Georgia Public Library Service, a unit of the Board of Regents of the University System of Georgia. 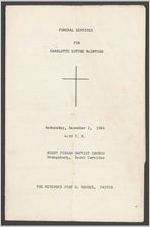 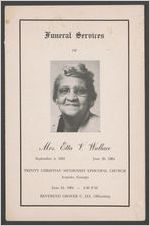 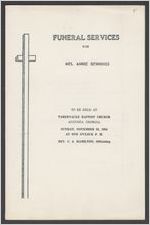 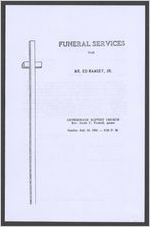 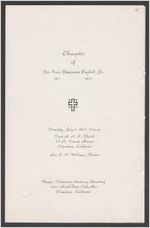 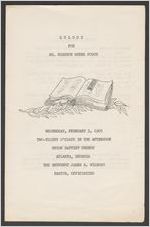 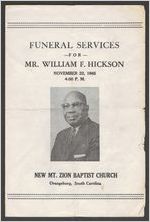 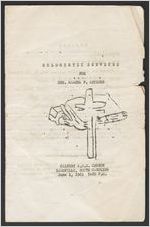 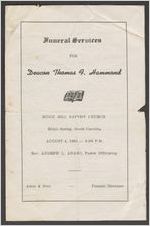 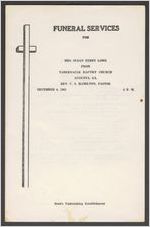