Aerial views of the Atlanta landmarks, commercial and government buildings, and an Anti-Vietnam War protest in Piedmont Park dating from 1922 to 1993.

Description
The Atlanta Chamber of Commerce is a private, independent organization founded in 1860 by local business leaders. Over the years, the Chamber has implemented two "Forward Atlanta" campaigns to attract business and promoting economic development, and assisted the city of Atlanta in securing the 1996 Centennial Olympic Games. Digitized images in this collection consist of photographs of Atlanta landmarks in the Metropolitan Atlanta region, from the 1960s through the early 1990s. Included are images of Agnes Scott College, Atlanta City Hall, Atlanta Civic Center, Atlanta Municipal Airport, Chastain Amphitheater, Colony Square, Grant Park, Lenox Square, Martins Landing, Oakland Cemetery, Peachtree-DeKalb Airport, Piedmont Park, Rich's Department Store, Riverbend Apartments, Six Flags Over Georgia, Stone Mountain, and Underground Atlanta. In addition, the collection includes aerial views of the city and images depicting Atlanta Chamber of Commerce meetings and members, and a series of mostly unrelated events in the Atlanta area. Individuals depicted include Maynard Jackson, Billy Payne, Andrew Young, and Zell Miller, Henry Hank' Aaron, Ivan Allen, Jr., and Richard Rich The events in the series include scenes in Atlanta City Hall depicting Atlanta Mayor William Hartsfield, perhaps taken on the day Atlanta Public Schools were formally desegregated in 1961. Other events include the Georgia Cattle Show in 1953, a parade for the Atlanta Braves after the 1991 World Series, a visit to Atlanta by Richard Nixon, and a Vietnam War protest march in Piedmont Park and on Peachtree Street. The Atlanta Chamber of Commerce photograph collection contains 1050 color transparencies, 198 of which are digitized and available on this database. To view the rest of the images, please visit the Kenan Research Center. 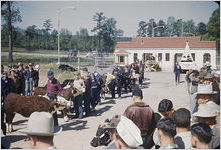 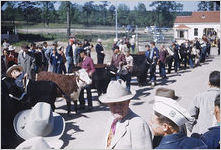 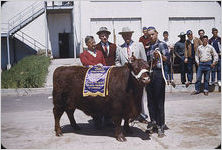 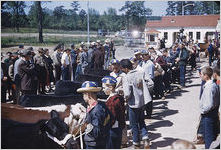 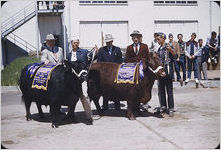 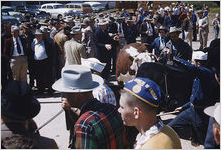 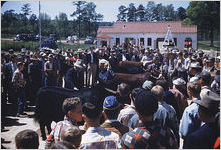 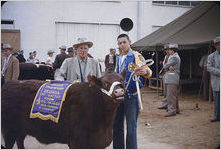 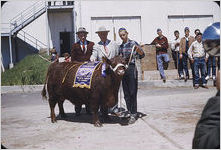 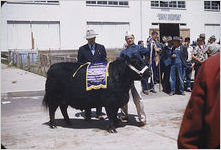