Black-and-white photographs from 1945 to 1955 of the Atlanta-area Jewish community, Fulton County rural areas, and military scenes.

Description
A varied collection, these photographs are a mixture of images of rural areas in Fulton County, images relating to Atlanta's Jewish community, military photographs, and photographs of an elementary class. Most of the images in the collection were taken by Rosenberg, but several were not. The photographs of Fulton County include images of buildings, stores, and farms in Buckhead, Roswell, and Lebanon, Georgia, and several in Oakland Cemetery in Atlanta. Images of Atlanta's Jewish community include group portraits of officers from a synagogue in Gainesville, and members of the Atlanta Brandeis University Associates. Also included are photographs of Atlanta realtor Benjamin Feld, Rabbi Jobias Geffen, and interior and exterior photographs of Or Ve Shalon Synagogue in Atlanta. Images that Rosenberg collected include military photographs of Jewish soldiers, and a copy of a daguerreotype depicting unidentified girls from Atlanta in the antebellum era. Other images include classroom photographs of Atlanta's Howell School, and an image of a returning soldier after World War II., Adolph Rosenberg became the editor of the Southern Israelite in the 1970's after serving as a reporter for the Atlanta Journal and the Atlanta Constitution. A well honored member of the Atlanta journalism community, Rosenberg was the founder of the Atlanta Press Club, second president of the Georgia Scholastic Press Association and served three terms as president of the American Jewish Press Association. 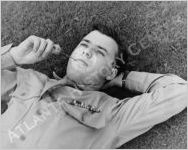 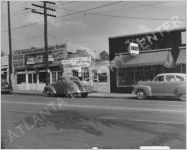 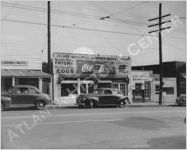 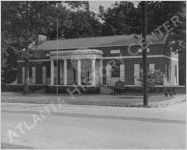 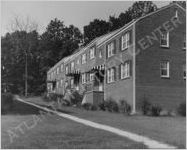 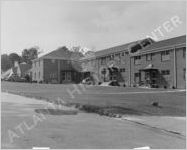 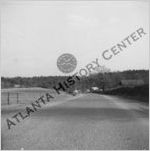 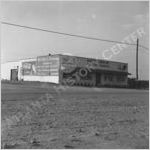 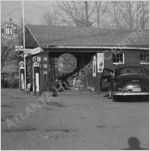 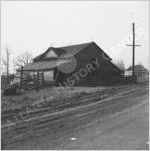