Photographs dated from 1915 to 1976 of Jo Beth Apperson, Atlanta Symphony harpist, as a child, at recitals, and in promotional portraits.

Description
This collection consists of images of Jo Beth Apperson, as a child, at recitals, and in promotional portraits. Also included are photographs of her family, and three images of violinist James De La Fuente., Josephine "Jo Beth" Cornelia Elizabeth Apperson (1909 - ) was the daughter of Mr. Lawrence Apperson and Mrs Caroline Middlebrooks of Atlanta. She is of the tenth generation of the Middlebrooks family (who founded the Wesleyan College in Macon, Ga). Her maternal grandfather served the Confederacy as a surgeon in the 17th Ga Infantry. Jo Beth Apperson graduated from the Washington Seminary in 1928 with both her graduation diploma and a certificate in the Harp. She played her harp for many social events and charities, and as a guest for the Atlanta Symphony. On May 8, 1930 she was married to Mr. Walter Martin Garrard of Birmingham Alabama. They had three daughters and also raised an additional three foster children. Jo Beth was head of the Weslyan Conservatory Boys Department for some time, and in retirement she worked as a "Grey Lady" at the Georgia Mental Health Consortium working with patients who were parapalegics and often alcoholics. 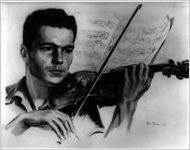 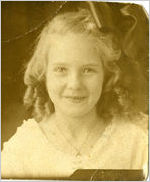 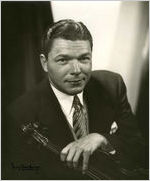 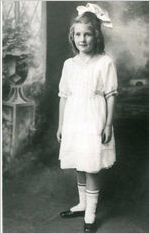 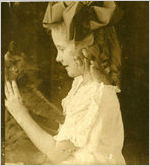 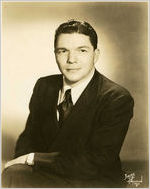 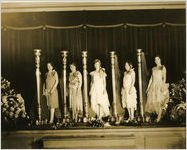 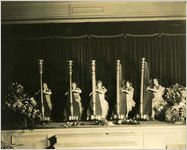 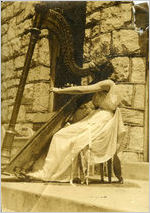 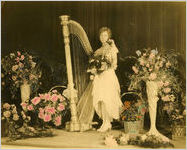