Photographs taken between 1870 and 1960 of four generations of the Carlisle family of Atlanta, Georgia and images depicting sporting events, summer camps, and a military parade.

Description
This collection contains portraits of members of four generations of the Carlisle family of Atlanta, Georgia. Also included are photographs that depict activities such as sporting events and summer camp. Photographs of family members include James and Mary Carlisle, and two of their children, Isaac and Annie May. Among the identified photographs are images of the children of Isaac and Laura Carlisle; William Rhodes Carlisle, I. Reed Carlisle, and Harry B. Carlisle. Photographs of members of a fourth generation of Carlisle's include Reid Carlisle, III, and William C. Johnson, Jr., the grandson of Annie May Carlisle. In addition, the collection also features photographs of unidentified individuals who are most likely family members or friends. The remaining images document activities of family members, and include photographs of attendees and staff of Camp Dixie for Boys and Camp Dixie for Girls. Camp Dixie for Boys was a summer camp located in Wiley, Georgia in the Blue Ridge Mountains. There are many photographs of boys involved in activities such as canoeing, fishing, tennis, boxing, basketball, washing clothes, and playing musical instruments. Camp Dixie for Girls was located in Clayton, Georgia. It has not been determined whether Annie May Carlisle was an attendee. The photographs were taken in the mid-1920s and it is therefore unlikely that Carlisle family members are pictured. Other photographs include a series of images of a basketball game played in the early 1920s between Tech High School and Boys High School, two Atlanta public schools. The remaining set of photographs document a military parade in downtown Atlanta shortly after World War I. It has not been determined if members of the Carlisle family performed military service during World War I., In 1865 James Cosby Carlisle (1837-1927) married Mary Isabella Dickson (1844-1934). In 1880 the couple moved to Atlanta, Georgia from Abbeville, South Carolina. Mr. Carlisle served in Wade Hampton's Brigade during the Civil War. The Carlisle's had three children. Biographical information about their oldest child, Fred has not been determined, however he was once married and he had at least two children, Nell and Ruby. The second child, Isaac (1872-1941) was married to Laura Rhodes and they had three children; William (b. 1900), Isaac Reid, Jr. (1901-1935), and Harry (1904-1970). It is not known where William attended school in Atlanta; however both Isaac Reid, Jr. and Harry attended Boys High School. Harry Carlisle was awarded a varsity letter in 1921. In addition, both Isaac and Harry attended summer camp at Camp Dixie for Boys. The third child of James and Mary was Annie May Carlisle (1877-1965). She married William G. Johnson, but it has not been determined how many children the couple had. 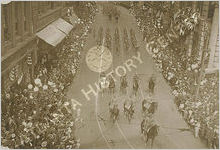 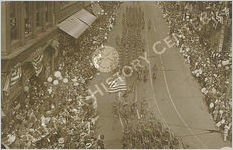 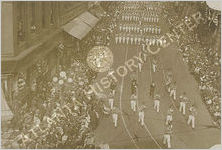 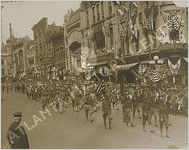 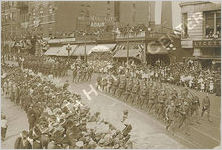 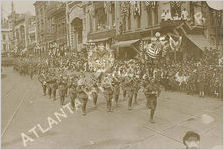 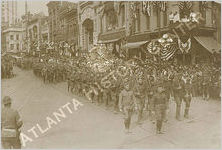 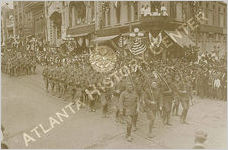 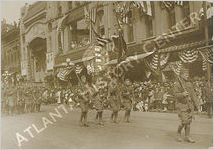 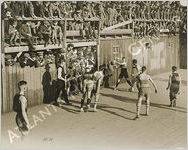