Atlanta History: A Journal of Georgia and the South

Description
Atlanta History: A Journal of Georgia and the South was first published in 1927 as The Atlanta Historical Bulletin. The Bulletin was published intermittently through 1957, and not at all from 1958 through 1965. The name of the publication changed in 1978 to Atlanta Historical Journal and in 1987 to Atlanta History: A Journal of Georgia and the South. The Journal is fully digitized and contains over 1,000 articles totaling more than 17,000 pages, including photographs, maps, and other images.
Articles in the earliest editions featured popular essays on political leaders, military officers, churches, and schools; reminiscences of 19th century Atlanta; and a selection of reports on the population of Fulton and DeKalb counties. In later years, the Journal focused on more scholarly articles relating to race, gender, and politics.
The Journal also featured information about the Atlanta Historical Society and included the full text of some of its annual reports; new member lists; names of trustees, executives and general staff; archival and museum acquisitions; and descriptions of exhibitions and programs, including, in some cases, full transcriptions of lectures given at the Atlanta Historical Society. Full chapter excerpts from Volume I of Franklin Garrett's Atlanta and Environs appeared in many issues. Book reviews were added as a permanent feature in 1968.
The Atlanta Historical Society ceased publication of the Journal in 2006.
The Kenan Research Center is located at 130 West Paces Ferry Road, Atlanta, Georgia 30305. Our hours of operation are 10:00 AM – 5:00 PM, Tuesday – Saturday. You may contact us by calling 404.814.4040 or emailing at reference@atlantahistorycenter.com.
Digitization of this collection is made possible with support from Frank O Walsh, III. 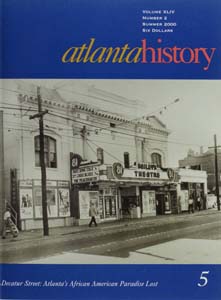 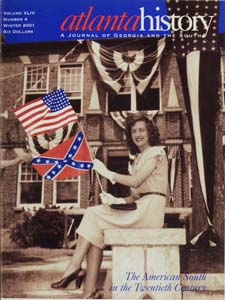 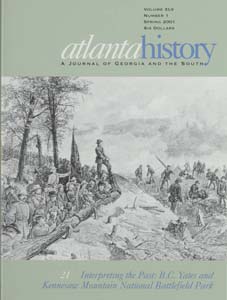 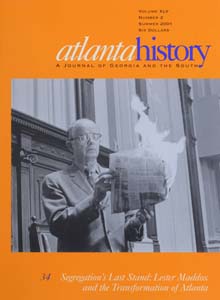 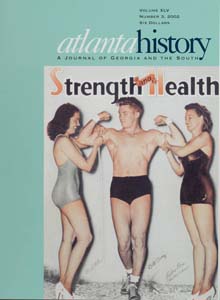 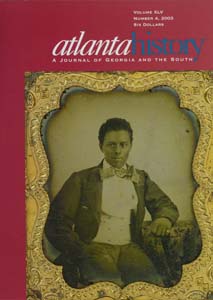 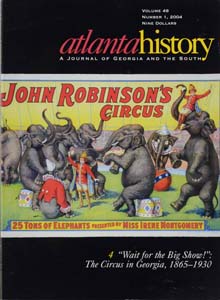 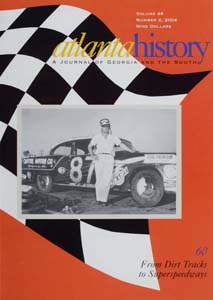 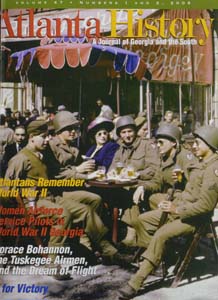 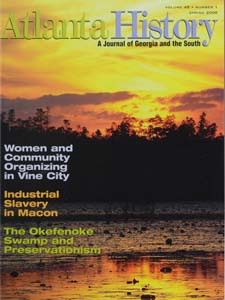