Description
Anna E. Hall was born near Bainbridge, Georgia on March 1st, 1870. She lived a religiously oriented childhood with her mother, a seamstress, and expressed the desire to serve as a missionary while a student at Clark University (now Clark Atlanta University) in Atlanta, Georgia, where she completed the normal course on May 12, 1892. With the generosity of influential people who were made aware of her desire to be a missionary, she was able to enter the New England Deaconess Training School in Boston, Massachusetts in 1899 and graduated May 22, 1901, as the first African American to attend the school. Her missionary work was realized in December of 1906 when she traveled to Monrovia, Liberia to teach the Kroo (Kru) people. Her second year she was asked to go to the southern part of the Republic, Garraway, where she became the successor to the Director of the Julia A. Stewart Memorial Girls Home and School, Garraway Mission. 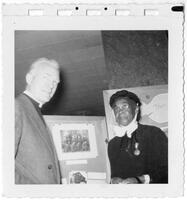 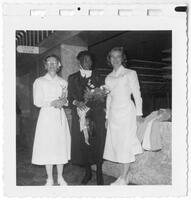 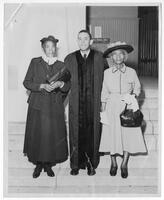 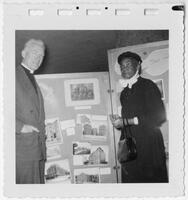