Description
Boyd Henry Lewis, Jr (1944- ) is a photographer, teacher, and former journalist who worked with black-owned newspapers in Atlanta. Lewis worked in East Tennessee and in Meridian, Mississippi before he was hired in 1969 working at the Atlanta Voice in Atlanta at the Atlanta Voice, a black-owned weekly newspaper, in 1969. In 1973 Lewis was hired at the Atlanta Inquirer, where he documented the emergence of the city's first black mayor, Maynard Jackson, and the election of civil rights leader Andrew Young to Congress. Lewis later became a reporter and wrote, produced, and hosted "Southwind" a program featuring news, interviews and events in Atlanta. This collection of photographs consists of images taken by Boyd Lewis as a photographer at the Atlanta Voice and the Atlanta Inquirer. The photographs largely depict the rise of the African American political class in Atlanta through images of campaign events, civic meetings, protest marches, press conferences, and staged portrait photography. The collection includes images of business leaders, such as Jesse Hill, Herman Russell, and Robert Pascal. Also featured are: civil rights leaders, such as, Fred Bennett, Tyrone Brooks, Jesse Jackson, and Hosea Williams, : and politicians, including Julian Bond, Ben Brown, Jimmy Carter, Maynard Jackson, Vernon Jordan, John Lewis, and Andrew Young. Other photographs include images of African American and white journalists, social activists, clergy, and students. The remainder of the collection includes photographs of downtown Atlanta and the surrounding neighborhoods of Summerhill, Cabbagetown, Grant Park, the Old Fourth Ward, and Midtown., The Boyd Lewis collection contains 7,093 black and white negatives, 2,855 of which are digitized and available on this database. To view the rest of the images, please visit the Kenan Research Center. 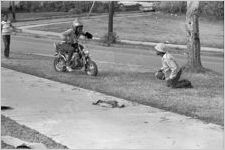 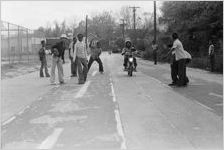 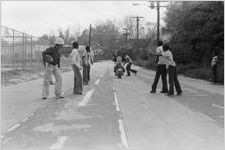 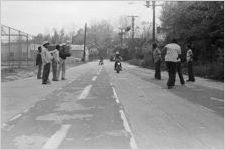