Student newspapers for Georgia State University from the 1920s on.

Description
Students at Georgia State University and its predecessors have been producing a newspaper since the 1920s: The Technite (1926-1932), The Evening Signal (1933-1943), The Junior Collegiate (1935-1943), and The Signal (1943-). The Urbanite began in 2002 as an entertainment section of the Signal and later (2006-2009) changed to a magazine format. In 2014, after a five-year pause in publication, the Urbanite was transformed into a summer freshman guide-to-campus magazine. 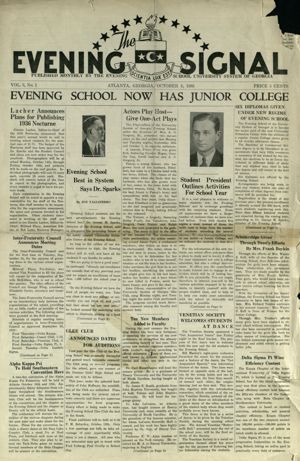 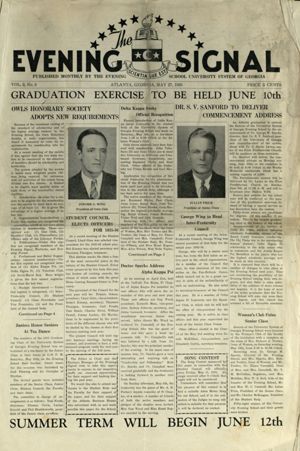 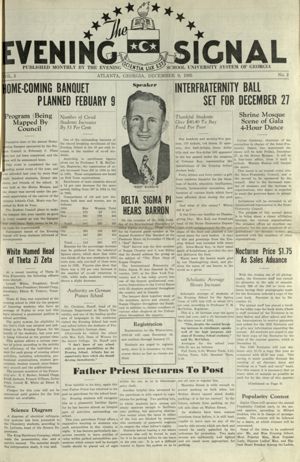 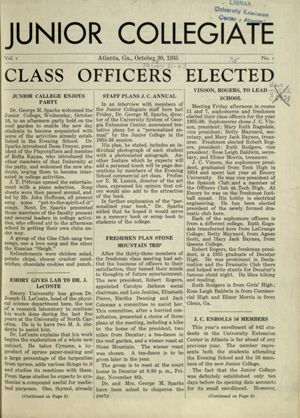 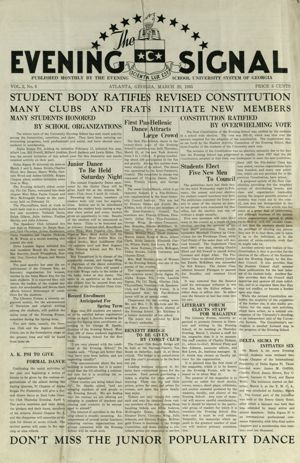 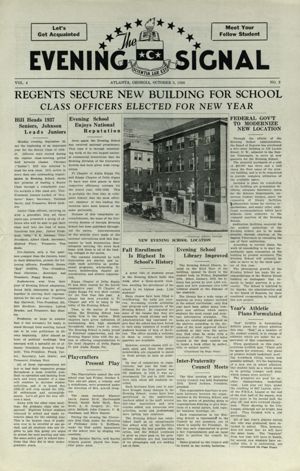 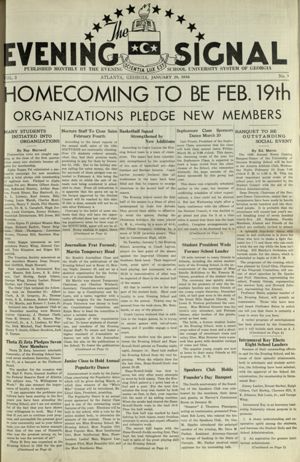 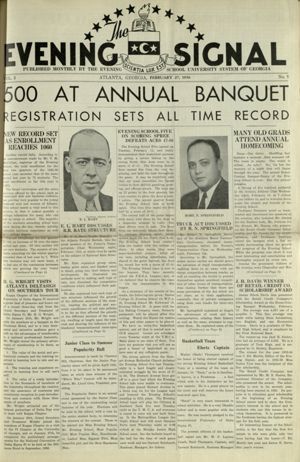 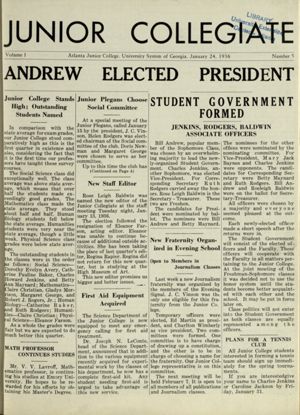 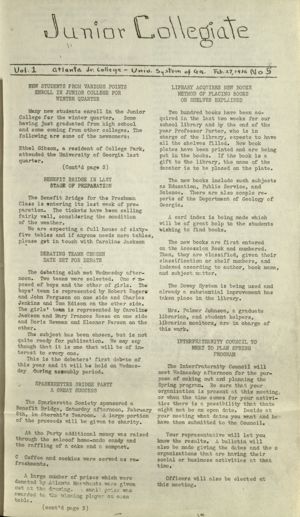