The bulk of the collection relates to the the first series, Cobb County (Ga.). Board of Commissioners Resolutions, which involves the decision of the commissioners to pass two controversial resolutions -- one that supported "current community standards" and one that would approve funding for arts and theater organizations that "advance strong community, family-oriented standards" -- and the local and national reactions that followed. This series contains the agenda for the meeting during which these resolutions were passed and newspaper and magazine clippings. As a founder of the Cobb Citizens Coalition, Mr. Greaves also collected correspondence, promotional materials, and reports commissioned by the CCC on religious extremism and hate groups in Cobb County, Georgia. The efforts of the Cobb Citizens Coalition were recognized in 1994 with the PEN/Newman's Own First Amendment Award, the certificate of which is also located in this series.

The third series, Gay and Lesbian Civil Rights (1987-2013), consists of buttons (1986-1993); clippings (1994); clothing (1987); and publications, minutes, and policies related to Mr. Greaves' efforts with the ACLU of Georgia, the Atlanta City Council's Lesbian/Gay Public Safety Task Force of the Public Safety Committee, and the City of Atlanta's Department of Corrections' policies regarding access to medication for people with AIDS who are incarcerated. Included in the clothing are two wristbands from the 1987 March on Washington, which were used to count attendance.

The Hate crimes series (1990-2013) consists of publications by state and national organizations, as well as a report commissioned by the Cobb Citizens Coalition, "Hatred in Georgia" (1993); research materials (2009-2013) collected by Mr. Greaves related to violence against members of the LGBT community; and items concerning the Georgia Anti-Violence Program hotline that Mr. Greaves created and maintained to collect information regarding victims of violence.

The Marriage equality series (1993-1997) contains the 1993-11-30 issue of The Advocate, correspondence and publications from Jon's time on the Lesbian and Gay Rights Chapter of the ACLU of Georgia (1997), and materials from the Coalition for Equality and Diversity's Clergy Coaltion that deal with the State of Hawaii's case, Baehr v. Miike, which questioned the legality of prohibiting same-sex marriage.

1 - 5 of 5
Number of results to display per page
View results as:
Gallery List Map Map 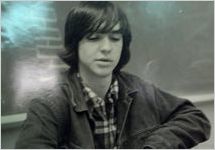 1. Jon C. Greaves as a teenager 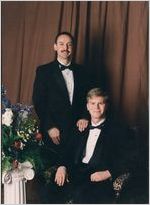 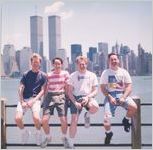 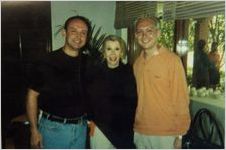 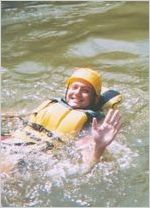