Black-and-white photographs of the damage caused by the Great Atlanta Fire of 1917.

Description
Atlanta resident Frank Davenport took these photographs after the 1917 fire. One image depicts the damage done to the house of Frank and Emmagene Davenport at 345 Pine Street. Also included are wider-angle shots from an aerial perspective offering a more complete view of the damage., Frank and Emmagene Davenport lived on 345 Pine Street in Atlanta when on May 21, 1917, beginning around noon, a series of fires broke out that eventually consumed over 300 acres of property in and around downtown Atlanta. The fires caused more than $5 million in damage and left over 10,000 people homeless.

1 - 9 of 9
Number of results to display per page
View results as:
Gallery List Map Map 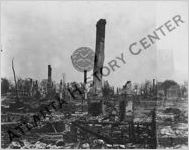 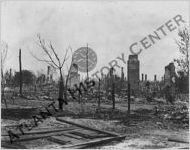 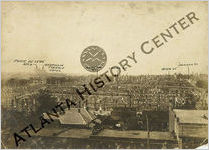 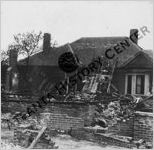 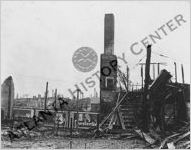 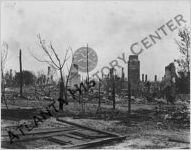 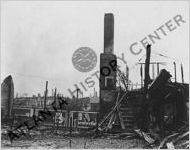 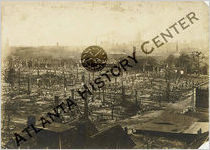