Photographs, moving image, and sound recordings dating from 1982 to 2017 documenting the C. Eric Lincoln Lecture Series, hosted by Clark Atlanta University's Department of Religion and Philosophy and featuring speakers who are prominent in the fields of religion and sociology.

Description
In 1982, graduates of Clark College created a lecture series to honor Dr. C. Eric Lincoln, a professor of religion and sociology who taught at Clark College. Lincoln, who began his academic endeavors at Clark in 1954, mentored his students, encouraging scholarly debates and discussions that often extended well beyond class time and office hours. The lecture series is now hosted by Clark Atlanta University's Department of Religion and Philosophy and features speakers who are prominent in the fields of religion and sociology. The annual event is held in October at Clark Atlanta University. This DigitalCommons gallery consists of audio and video recordings from this lecture series and contains many prominent scholars such as John Hope Franklin, Asa Hilliard, and C. Eric Lincoln. 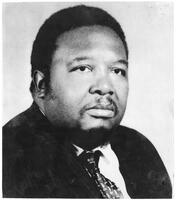